In The Home The Skin I Live In 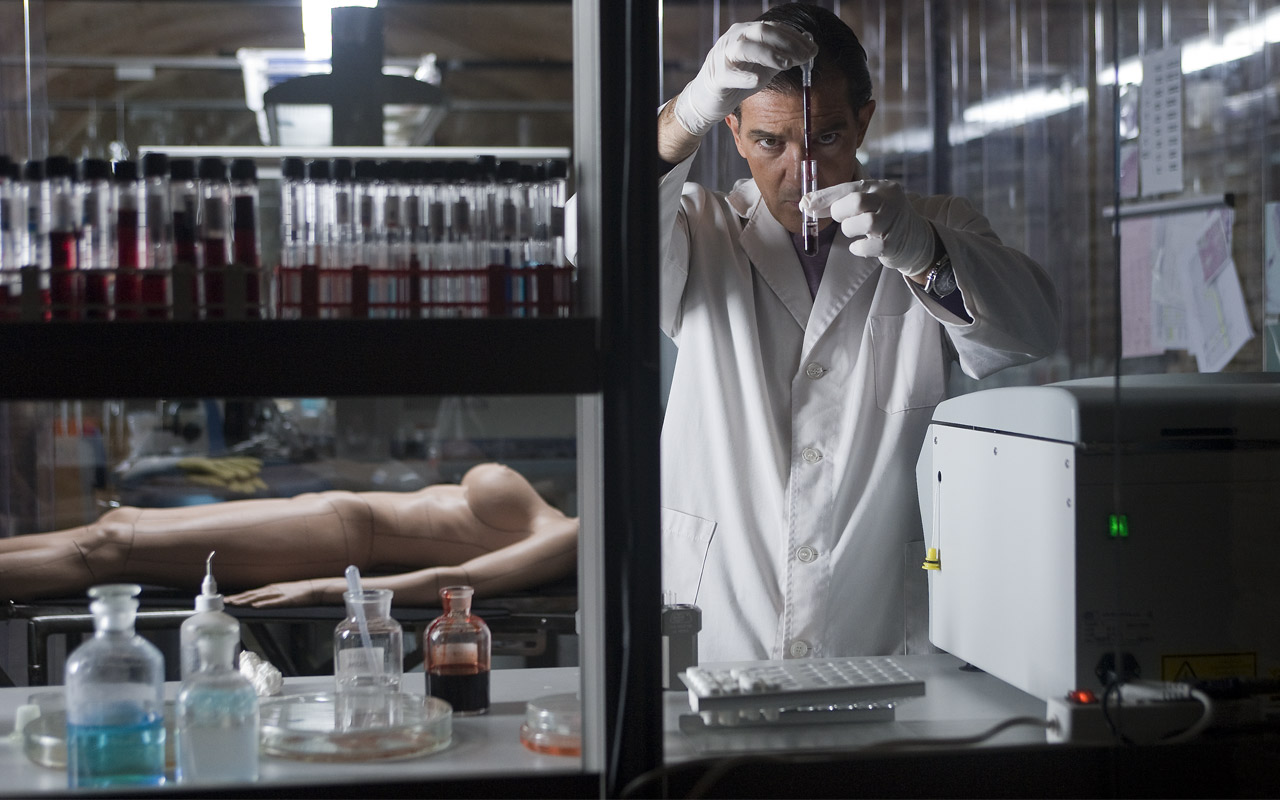 The Skin I Live In certainly puts the ! in ALMODOVAR! The Spanish auteur's latest film is particularly melodramatic, bizarre, and visually sumptuous, even by his already heightened standards. 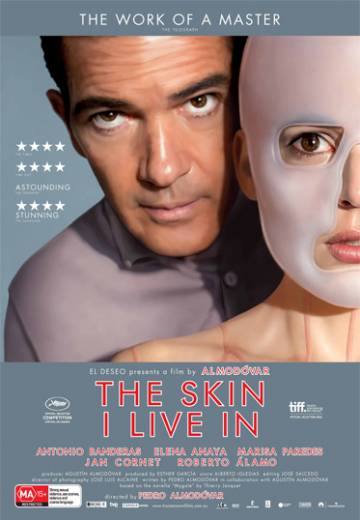 Ever since his wife was burned in a car crash, Dr. Robert Ledgard, an eminent plastic surgeon, has been interested in creating a new skin with which he could have saved her. After twelve years he manages to cultivate a skin that is a real shield against every assault. In addition to years of study and experimentation, Robert needed a further three things: no scruples, an accomplice and a human guinea pig. Scruples were never a problem. Marilia, the woman who looked after him from the day he was born, is his most faithful accomplice. And as for the human guinea pig…