In The Home Made In Dagenham 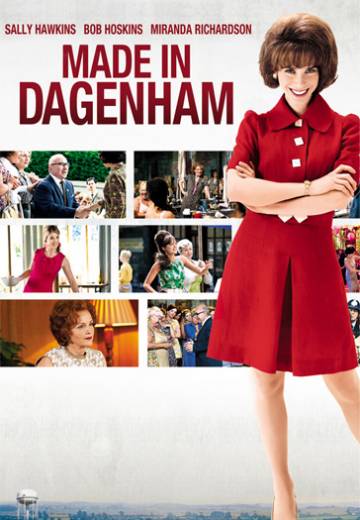 When we think of 60s revolutionaries, the women of Dagenham don‘t fit the clichés – but these feisty, funny factory girls shook their world with spirit and courage, and achieved lasting social change.

Based on a true story, Made in Dagenham portrays a decisive moment in that decade of upheaval, when the fight for equal rights and pay was led – unexpectedly – by ordinary working-class women with one foot in the kitchen, one foot on the factory floor, and ears glued to the pop coming over the radio and telly from far-off London (19 kilometers and a world away). It‘s a vintage ―girl power tale.

RITA O‘GRADY (Sally Hawkins, who played the tirelessly cheery heroine of Happy- Go-Lucky) is a young married mother, one of 187 women who work for the Ford Motor Company, the region‘s principal employer. Unlike their male counterparts in the automaker‘s gleaming new main facility, the women toil in a decrepit old 1920s plant with a leaky roof, pigeons flying overhead, and stifling sweatshop conditions in summer. Despite their highly specialized work sewing car seat upholstery, the women are classified as ―unskilled labor and paid a fraction of the men‘s pay. After all, it‘s still a world where husbands – like Rita‘s man EDDIE (Danny Mays) – are the principal breadwinners, and women are the backbone of the home and family. Their work and wages are secondary.