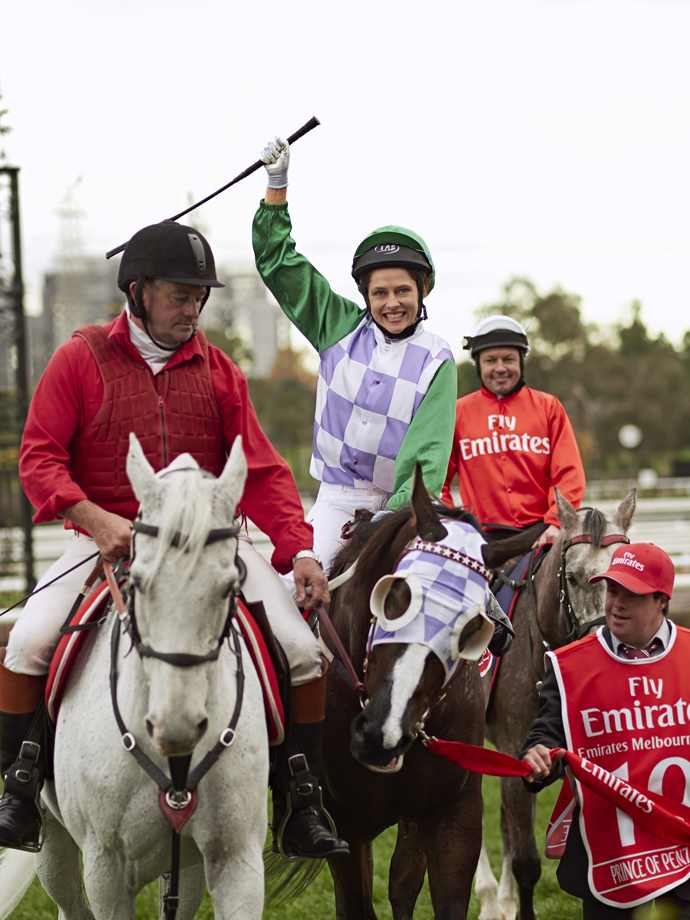 Rachel Griffith's directorial debut RIDE LIKE A GIRL has topped the Box Office on its opening weekend in Australian cinemas.

After opening at number 1 on Thursday, the film is continuing its race towards the record books and it is on track to become the highest grossing Australian film of the year. The weekend takings were $1,684,858 with a cumulative total of $2,377,731 (with some screens still to report.)

RIDE LIKE A GIRL is a Transmission Films release and is screening at 269 cinemas around the country. It is the feature directorial debut of Rachel Griffiths and it stars Teresa Palmer as Michelle Payne and Sam Neill as her father Paddy Payne. Stevie Payne has been receiving critical acclaim for playing himself in the film.

Richard Payten and Andrew Mackie from Transmission Films said:  "She's first again! This opening weekend result puts RIDE LIKE A GIRL in a class with many of the biggest Australian films. That audiences have embraced RIDE LIKE A GIRL during a competitive school holiday period, against major studio releases, is a testament to Michelle Payne's inspiring story and the wonderful storytelling by the makers of this crowd-pleasing hit. We're hearing feedback from cinemas of standing ovations and grown men crying. Tissue makers can expect stock to fly off the shelves over the coming weeks."