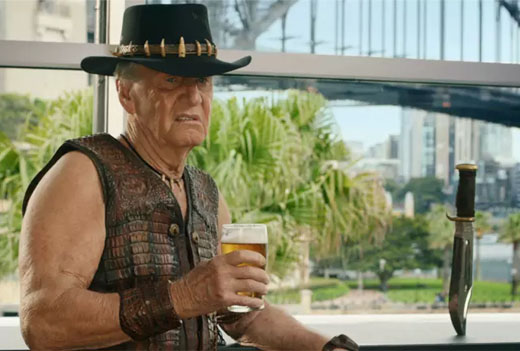 Following on from the extraordinary success of the ‘Dundee’ Australian Tourism Campaign, Transmission Films is pleased to announce that the real Crocodile Dundee himself, Paul Hogan, is indeed heading back to the big screen in a new feature film entitled, The Very Excellent Mr Dundee! And this time it’s for real!

The Very Excellent Mr Dundee! sees Paul Hogan playing himself and on the brink of receiving a Knighthood for services to comedy. “Don’t do anything to mess this up”, his manager tells him. However, despite all his best efforts, the next six weeks sees his name and reputation hilariously destroyed.

Whilst the producers are being tight lipped about the supporting cast, Hogan said ‘to watch this space as I’ve been honoured to have many of my friends and colleagues, whose work I adore, agree to join us for this hilarious new adventure’.