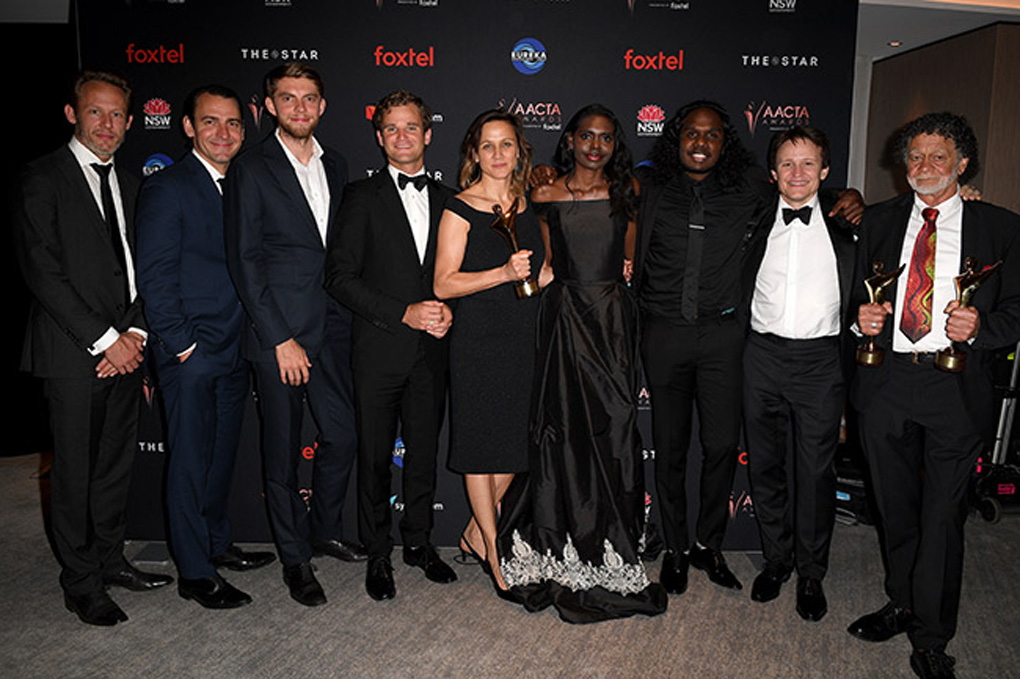 Transmission Films’ THE NIGHTINGALE has made history at the Australian Academy of Cinema and Television Arts (AACTA) Awards overnight in Sydney, winning a total of six awards including Best Film.

Filmmaker Jennifer Kent made AACTA Awards history taking home the awards for Best Direction and Best Screenplay, as well as sharing the top prize of the evening, Best Film, with fellow producers Kristina Ceyton, Bruna Papandrea, and Steve Hutensky. This marks the first time a female filmmaker has claimed the top three awards for the same film in a single year.

Irish-Italian actress Aisling Franciosi was awarded Best Lead Actress, for her remarkable portrayal of Clare, and newcomer Magnolia Maymuru was awarded Best Supporting Actress at the AACTA’s luncheon earlier this week. Nikki Barrett also won the award for Best Casting at the luncheon.

“We are so pleased with this result for THE NIGHTINGALE. Jennifer Kent and the entire film team have made a powerful and important story that we feel privileged to have shared with Australian audiences. We thank the Australian Academy for their recognition of the achievements of everyone involved,” said Transmission Films Joint Managing Directors Andrew Mackie and Richard Payten.

THE NIGHTINGALE is now available to rent or buy on Blu-Ray, DVD and Digital.