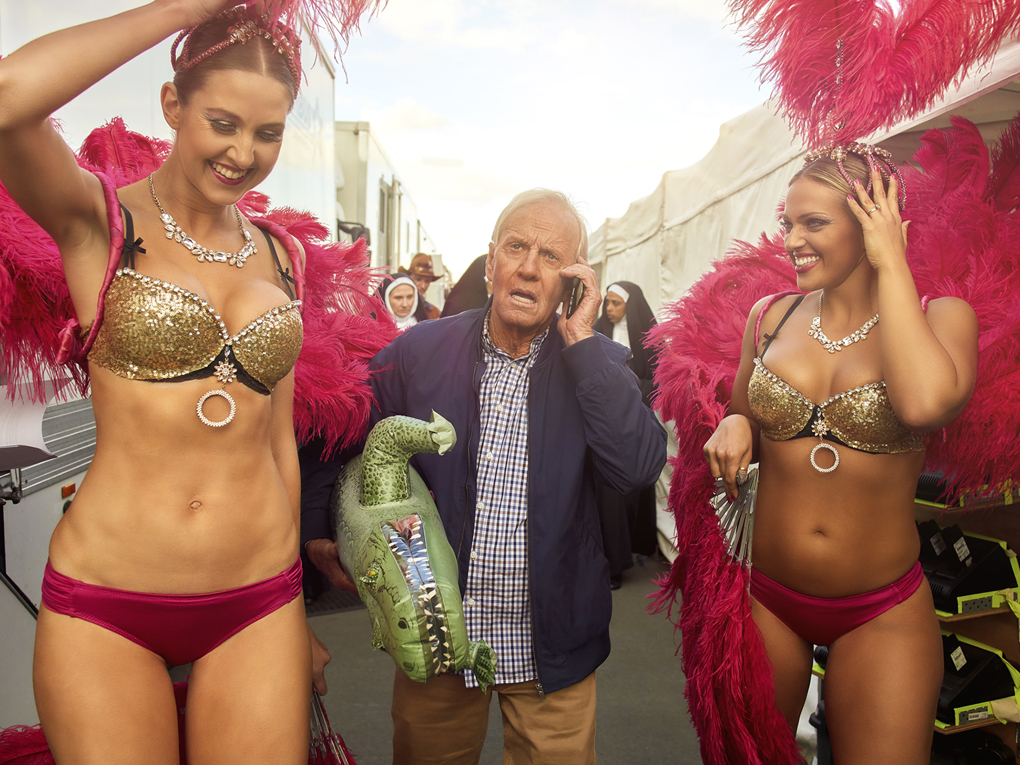 THE VERY EXCELLENT MR. DUNDEE sees Paul Hogan playing himself and on the brink of receiving a Knighthood for services to comedy. “Don’t do anything to mess this up”, his manager tells him. However, despite all his best efforts, the next 6 weeks sees his name and reputation hilariously destroyed.

THE VERY EXCELLENT MR. DUNDEE is directed by Dean Murphy, who previously worked with Paul on Strange Bedfellows (2004), Charlie & Boots (2009) and That’s Not My Dog! (2018). Murphy, who co-wrote the script with Robert Mond, is also producing, alongside Nigel Odell.

An early look at some of the mischief Hoges gets up to, while trying to stay on his best behaviour is available with first look images, available now. Images also include shots of A-list cast members including John Cleese, Chevy Chase, Olivia Newton-John, Wayne Knight and Julia Morris.

“Audiences always have a great time with Paul when he’s on screen, but this film is particularly special. People ask what's true and what's not... What I do know is fact is certainly funnier than fiction!” said Director Dean Murphy.

THE VERY EXCELLENT MR. DUNDEE is releasing in Australian cinemas on April 30, 2020.