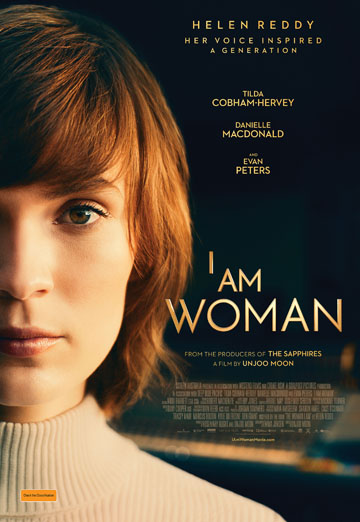 To celebrate International Women's Day, Transmission Films has released the official trailer and poster for the highly anticipated I AM WOMAN. Watch the trailer here.

From the producers of The Sapphires, I AM WOMAN is the story of Helen Reddy, who in 1966 landed in New York with her three-year-old daughter, a suitcase and $230 in her pocket. Within weeks she was broke. Within months she was in love. Within five years she was one of the biggest superstars of her time, and an icon of the 1970’s feminist movement, who wrote a song which galvanized a generation of women to fight for change.

I AM WOMAN will be released in cinemas nationally on 21 May. It is the feature directorial debut from Unjoo Moon and it is produced by Rosemary Blight and Unjoo Moon and stars Tilda Cobham-Hervey, Danielle Macdonald and Evan Peters.